Mushrooms are the visible, spore producing portion of a fungal organism. The mushroom itself represents a small portion of the structure, which is known as the mycelium, the mycelium is the white mass found underground or in trees. Mushrooms have a short life span, typically from first appearance of the pinning mushroom until it drops it spores of about a week before it begins to decompose, the mycelium that produced the mushroom may live on for years or even decades if conditions are favourable, reproducing mushrooms annually. 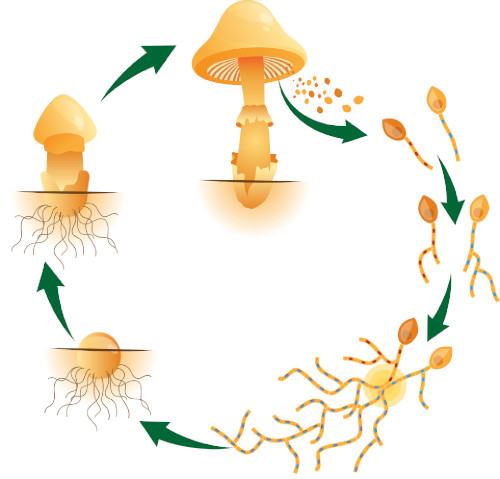 Mushrooms start life as spores, not seeds. A fully grown mushroom may contain billions or even trillions of individual spores, as the mushroom matures it will begin to drop spores from its gills, pores or teeth and some spores are known to be ejected at great speeds depending on the species. 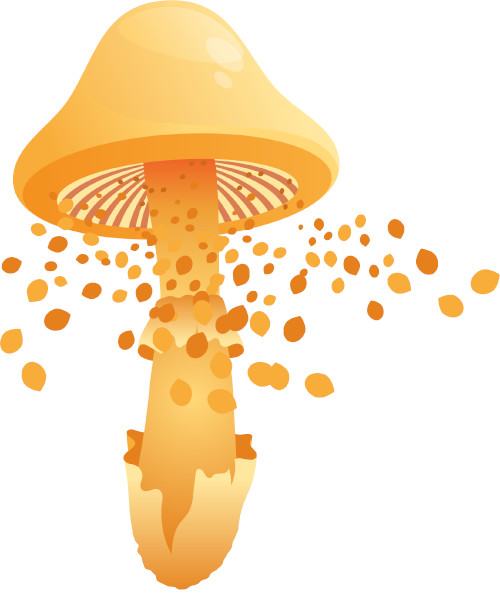 Now the spores are free they can be caught by the wind, eaten, distributed by an animal, infect another organism, or lay dormant. Once the spores find suitable conditions they germinate and form a single layer of cells called hyphae. These cells grow radially outward until they find another suitable spores’ hyphae to mate with. 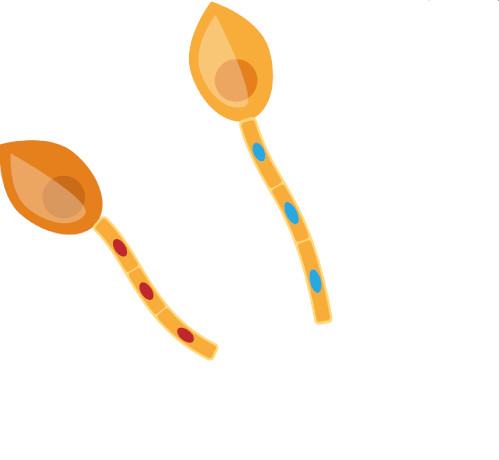 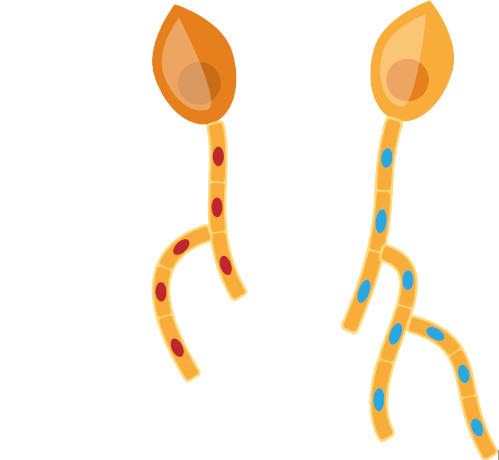 Once the cells mate, the mycelium will begin the process of colonising its environment by outwardly digesting the available nutrition. 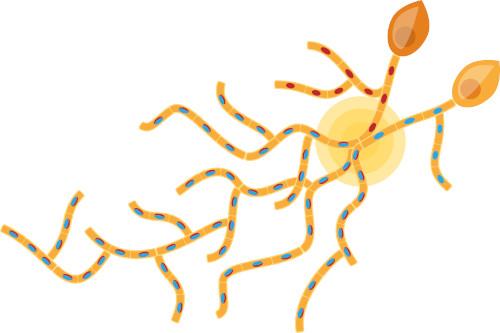 When conditions are suitable, the mycelium will consolidate further and produce a tight web of cells called a hyphal knot. 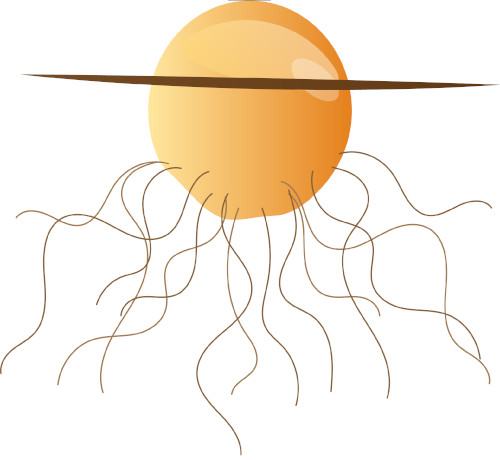 The knot will continue to grow into mushroom primordia and assuming conditions remain favourable, will grow into a mature fruiting body with new spores starting the cycle again. 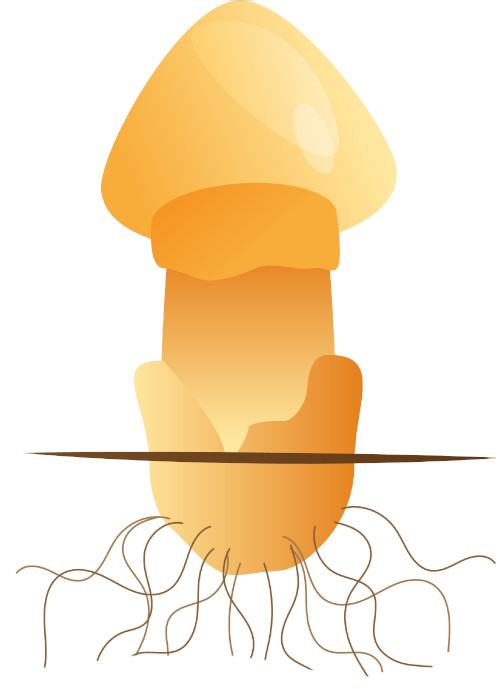